Matti Borg, born 1956 in Denmark, has a very comprehensive musical knowledge  - not only through  his work as composer, but also through thorough music-studies at the University and the Academy of Music. He also has an intense activity both as a singer and music-teacher.

After 3 years of studying at the universty of Copenhagen, he was educated as a composer at the Royal Danish Academy of Music, following the classes of professor Ib Nørholm and  got his diploma  in 1983. The following year he studied in London  for composer and conductor Oliver Knussen. He went back 1985 to the Academy of Music in Copenhagen where he continued to get a deeper insight in music, but now as a singer - partly with professor Kim Borg, partly associate professor Kjeld Thaarup. At 1987 Matti had his debut as a singer. With the desire to explore and learn more, which has always been a great part of Matti's personality, he supplemented the vocal studies for the great tenor Nicolai Gedda.

Matti Borg has maintained his career as a singer parallel to his work as a composer. He has had several demanding parts both as a singer and an actor in operas and various musicalproductions.   Last but not least, he is a very sought after lied- and oratorio-singer with concerts all over Scandinavia. He has a rare  and unique talent to identify himself with the material, both musically and dramatic-poetically.

Matti Borg's experience as a teacher already began  before he started at the Academy of Music, and the pedagogy work is still a very important part of his life. Both singers and actors seek his great knowledge and enjoy his outstanding ability to communicate. Young future musicians benefit as well, from his teaching in piano, aural training, theory, composition, chambermusic and classic and rhytmic singing.  Since 2005, among other places, he teaches at the  reputable MGK (musical basic course)-school  in Elsinore. In July 2012 Matti was the vocal coach for 10 singers at the big masterclass: ”The Summer Academy for Operasoloists 2012 and 2013” a cooperation with the University/ Music-Academy and the Operafestival ”Opera på Skäret” in Sweden.


Matti Borg's work as a composer is characteristic of a remarkable scope in expression, content and form. He has composed cabaretsongs, musicals, many forms of theatermusic, music for teaching purpose and a lot of vocal-, choir- and chambermusic. His music has been recorded and are available on CD. His works  have been performed at concerts, festivals, TV and Radio in Scandinavia, England, Germany, Belgium, Spain, Cyprus, Russia, Japan, Canada, USA and Denmark. 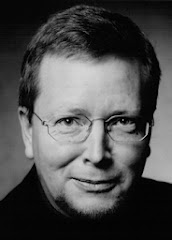 Matti Borg, born 1956 in Denmark, has a very comprehensive musical knowledge - not only through his work as composer, but also through thorough music-studies at the University and the Academy of Music. He also has an intense activity both as a singer and music-teacher. Read more